When creating a new variable, you generally will not have to choose a qualification, as ETO Results will choose the correct one for you.

There are three possible qualifications for a formula 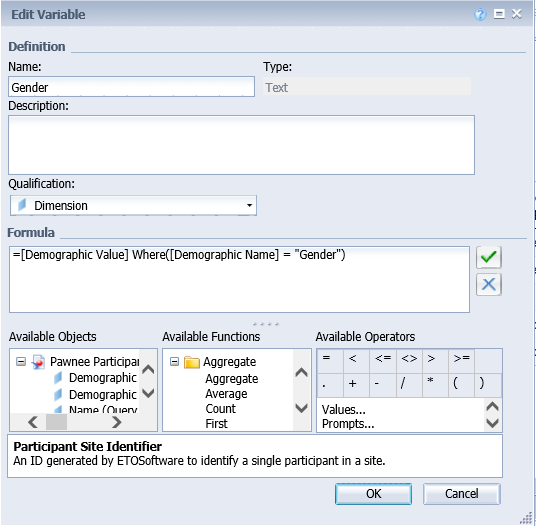 Measure: an aggregate (sum, count) or limiting (max, last) of a dimension. It will always represent a single value. This is often an aggregate of other report objects, but not always. It can also be a "paring down" of an object to connect to another object in a specific way.
There are some instances where variables are created as Measures when they do not need to be. A variable only needs to be a Measure if it is performing an aggregate function. 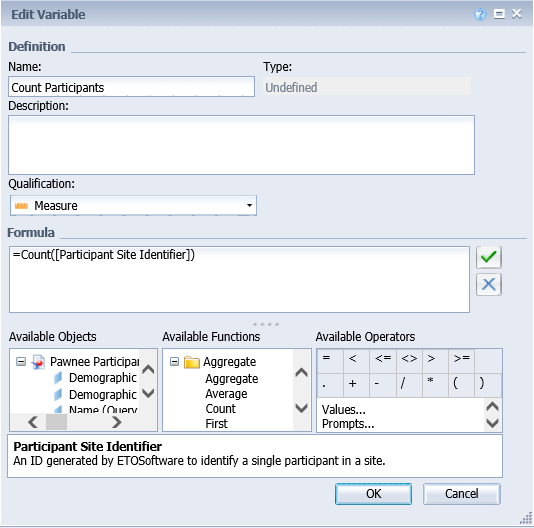 Detail: a sub-set of other objects in a report. It represents a smaller piece of a dimension. A Detail object must belong to a dimension object and has a one to one relationship with it.

Some flattened objects will come with detail objects, such as Name (pictured below). You can find these within flattened data folders. The root object will have a + next to it.

A Detail needs to be attached to an associated dimension, usually a merged dimension across multiple queries. 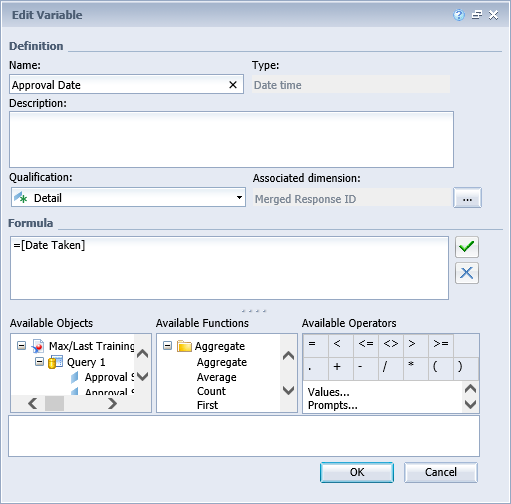 If you receive the following error upon creating or editing a variable, simply change the qualification from a Dimension to a Measure. That should resolve the error.